What The Dickins: A Tale Of Edinburgh City

Next Wednesday, 3rd February 2021, The Local Government and Communities Committee meets to decide the fate of what they describe as Short Term Lets in Scotland. I say decide the fate, because the suggested legislation, will probably beat the last breath out of my industry, already on its knees due to Covid-19. I sincerely hope that the seven members of the Committee will ask for the legislation to be withdrawn so that there’s an opportunity to pause and reflect on the best way forward. What no one is talking about though is how short term or holiday lets are vital to sustainable tourism in Scotland.

The real problem is that the legislators have taken the problem of party flats in Edinburgh (and where they exist, they are definitely a problem for their neighbours) and assumed that every self catering property in the land, from the glens of the Highlands, to the shores of our islands, the streets of our cities and the valleys of our Lowlands, behaves just like those party flats in Edinburgh and therefore needs to be licensed and regulated. They’ve completely missed the big picture, have obsessed over one detail and are potentially about to throw thousands of livelihoods, as well as the planet, under a bus as a result. 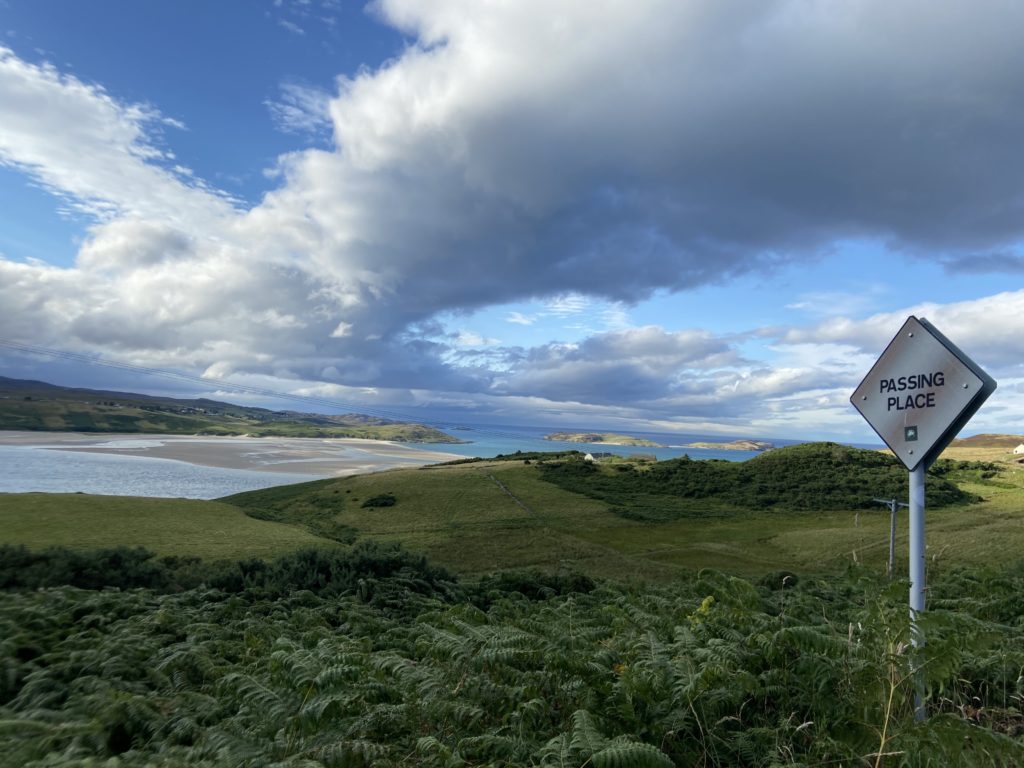 Simple, effective and affordable registration solutions which take into account the need for health and safety have been suggested by my industry association the ASSC. But they’ve been rejected in favour of licensing that will be more onerous and costly than licensing a pub and which our councils cannot afford to operate. 49% of owners, many rural, owners of holiday lets said they’d close if the legislation passes in a 2020 ASSC survey.

Sustainable Tourism – Surely The Future of Our Planet Is Crucial?

Many things about this infuriate me. But the worst, for me and more importantly my children’s generation, is why the Scottish Government should be attacking an industry which is good for the planet? Staycations, holidaying at home, not getting on a plane will all make a big difference to our footprint on earth. And not just during Covid-19 but always. It’s something we are all reflecting on and thinking differently about as we witness our planet in crisis. Self catering homes are a solution to sustainability, not a problem. But that’s not ever mentioned or considered in this legislation. It’s truly depressing. 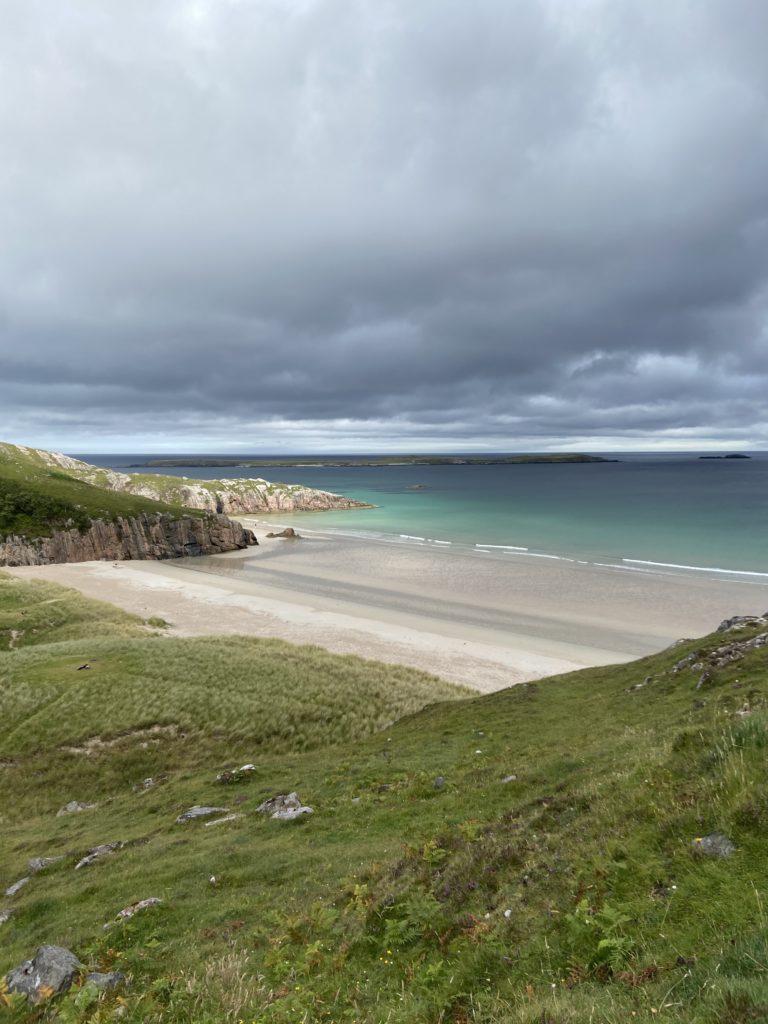 Dickins Response To The Commitee

So, this morning I woke up early and wrote to the committee members. Here’s my email to them.

I’m writing to you ahead of the Local Government and Communities Committee meeting this coming week to decide on Short Term Letting legislation.

I understand that there have been over 300 submissions to the committee and that of the 186 which were published by yesterday afternoon, 167 are against the proposed legislation and just 14 in favour. 12 of the 14 submissions in favour are from Edinburgh.

I think the really important message is that if this legislation is passed without amendment, it won’t just close down the party flats in Edinburgh that have had such widespread coverage in the news and no doubt created emails in your inbox, it will close tourism across large parts of Scotland. That’s what those 167 submissions are essentially telling you. I hope you’ve read many of them because they are telling you very important things.

When this legislation came into the public realm, my initial concern was for my own business Dickins, 23 years in the making, my owners, my staff, our housekeepers and trades. We’ve always acted with decency and put neighbours before profit. We don’t overfill flats, don’t use lockboxes or advertise sofabeds or very short stays. But now, I’m equally concerned for decent professionals and owners like me, across Scotland and especially in our rural areas. This is about so much more than my business in Edinburgh.

Looking at the legislation and the consultation processes, it’s clear that a balanced view has never been sought and there’s grave concern that this Committee is too Edinburgh based and doesn’t understand the damage this legislation will cause beyond Edinburgh. In the creation of this legislation, the Scottish Government consulted with 592 affected residents, 63 community organisations and just 5 professional self-catering operators. No wonder they came to such biased conclusions.

The concerns of those against the proposals are that businesses will close. In a survey conducted by our industry body, the ASSC in 2020 in which over 1,100 people took part, 49% said they’d close their self-catering unit if this legislation passes unchanged. 49%. Just that figure should, I hope, make you sit up and realise the damage this legislation will cause. Because that level of closure will have an incredible impact on the tourism industry across the whole of Scotland, the cafes and shops, the attractions that all depend on tourists especially in our many rural locations where tourism IS the main industry. The self catering sector generates £723 million for the Scottish economy in a normal year. It’s a significant industry you have the power to destroy or support next week.

There’s widespread concern that, due to the legislation being badly drafted, at the time of the truncated consultation in 2020, you didn’t realise that B&B’s would be affected too, so they didn’t get the chance to state their point of view. When legislation is drafted which is full of unintended consequences, there’s a significant problem. Of course, B&Bs needed to have been able to take part in the consultation too.

There’s significant concern about the lack of the BRIA which should have been available with the consultation and the inadequate nature of the BRIA. You cannot legislate on an industry worth £723m on inadequate data and research on the economic impact of your decisions.

Highland Council have openly said they can’t resource it. I’m sure they aren’t the only council in that position.

Everyone mentions the extraordinary timing of this legislation with the COVID19 backdrop, when Scotland’s tourism industry is on its knees, rather than supporting us, the desire seems to be to squeeze the last breath out of us. It’s bamboozling. It’s bizarre. It’s extraordinary. Ultimately, it’s insane.

What truly depresses me about this legislation is just how negative it is. Scotland had the opportunity to create something world beating here, something which looked to the future with a positive outlook and solutions for how to get this right. But instead you’ve created legislation which will beat this industry out of existence.

There’s no acknowledgement of how important this industry is to our economy, no acknowledgement of the professionals up and down the land who have been doing a brilliant job for decades. Why it feels so offensive as a professional operator or agent, like me, is that there’s an assumption we’re all doing a terrible job, flouting laws, showing no concern for neighbours  and therefore needing to be licensed and legislated (licensing that will be far more rigorous than it is for anyone opening a pub) That may be true of a very small number of profit hunting amateurs in Edinburgh, but NOT of our industry as a whole. You’ve created a wrecking ball to crack a peanut.

People across Northumberland and the Lake District will be unexpected beneficiaries when tourists who would have chosen Scotland, chose there instead after our own tourism industry is wrecked by our own Government. It would be laughable if it weren’t so serious.

Also depressing me and many others is the fact that self catering accommodation is a SOLUTION to SUSTAINABLE tourism, but you’ve completely ignored that too. With the planet in crisis, we should be encouraged to holiday in our own country. Not just in COVID times, but always. Self catering homes are a perfect SOLUTION for this. Quite often in our rural locations they’re the main choice of where to stay. And they’re an opportunity to stay in the heart of nature. They’re affordable to families too. Scotland is one of the most beautiful countries in the world and so we’re so lucky across the UK to be able to holiday here and not damage the planet in the process. Why for the sake of the earth would you be interested in passing legislation that will damage our ability to holiday in our home country?

Finally, why have the excellent, sensible, workable solutions put forward by our industry body, the ASSC been ignored? You can read their submission, summarising three and a half years of hard work here

Please do not pass this legislation. At the very least, please delay it. Let’s create something world leading, not industry beating. It is so important for Scotland that you get this right, not wrong. 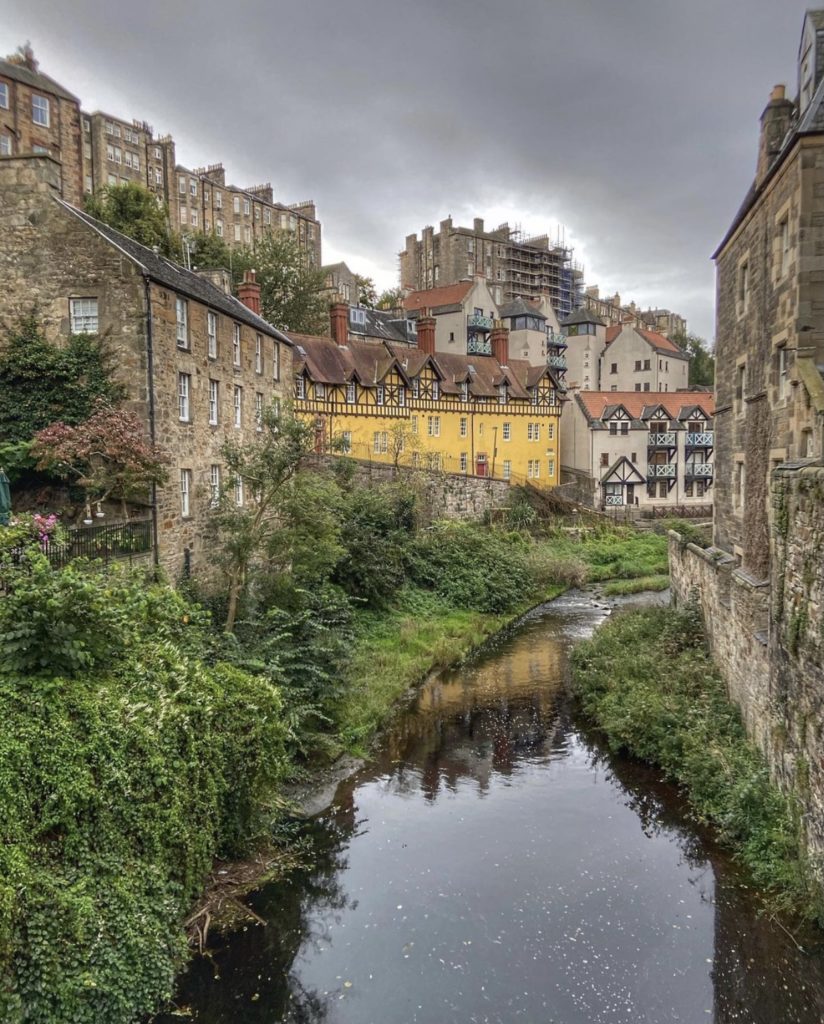 The Water of Leith at Dean Village

Feeling inspired? Here’s how you can get involved

The Local Government and Communities Committee meets to decide the legislation of Short Term Lets on Wednesday 3rd February 2021. Submissions to the Committee are now closed. But if you own a self catering unit or a B&B or if you enjoy staying in them, care about Scotland’s sustainability and want to make your voice heard, then you can email the committee members and ask for them to say the legislation should be withdrawn so there is an opportunity to pause and reflect on the best way forward. The Committee members are:-

The Crisis Threatening The Future Of The Edinburgh Festival

Dickins lets special and unique self catering homes from home in Edinburgh from three nights up to six months. We know Edinburgh well and in this blog we’ll share our insider knowledge of what’s happening in Edinburgh with you.

What are you looking for?

What neighbourhood are you in?

Sign up to our monthly newsletter and receive all our latest news.